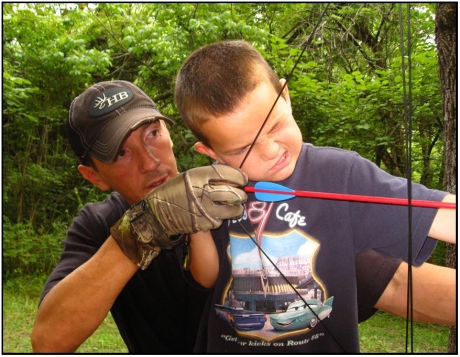 The 2014 Florida National Archery in the Schools Program (NASP) State Tournament will be held in Newberry Feb. 22.

The tournament will be conducted in two formats: a live tournament competition that will take place at the Easton-Newberry Sports Complex, 24880 NW 16th Ave., and a virtual tournament for school students who cannot travel.

“The virtual tournament will allow school students to shoot for score in their own gymnasium and have their results compiled in a database of live and virtual tournament participants,” said Steve Robbins of the Florida Fish and Wildlife Conservation Commission (FWC), who is Florida’s National Archery in the Schools state coordinator.

Schools participating in the virtual tournament will conduct shoots from Feb. 1 through Feb. 15. These results will then be mailed in.

Scores from the live tournament will be compared to the results of the virtual tournament, and winners will be selected and announced in three divisions: elementary, middle and high school.

Every participant, whether shooting in the live or the virtual tournament, will receive a T-shirt and a certificate.

“Archery is a great sport,” Robbins said. “It helps build muscle endurance and flexibility, develop hand-eye coordination, and grip and body strength. You don’t have to be over 6 feet tall and able to dunk a basketball to participate. Girls can compete with boys, and youngsters with physical disabilities can also participate.”

This is the seventh year of the Florida NASP State Tournament. The first two tournaments were conducted entirely in a virtual format, with 592 students shooting in 2008, and 751 in 2009. More than 600 children competed in 2010, the first year the Florida NASP program offered a live event. Between 600 and 700 kids competed in the tournaments held from 2011 through 2013.

NASP is a cooperative effort between the FWC and the Florida Department of Education. Before presenting the two-week archery course, teachers undergo an eight-hour NASP Basic Archery Instructor Training Program. The FWC has certified teachers from almost 400 Florida schools to be basic archery instructors.

For additional information on the tournament, click on MyFWC.com/NASP.