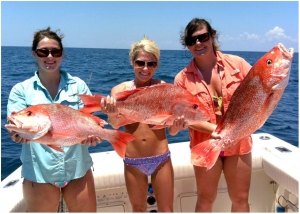 State waters are from shore to 9 nautical miles in Gulf waters.

This season will start June 1 and end July 14. It is inconsistent with the current proposed federal season.

While the federal limit for how many pounds of red snapper can be caught has increased, the season length has gotten shorter over the past few years because of more fishing effort and larger fish, according to federal fishery managers.

The Commission chose to go inconsistent based on reports that the upcoming federal stock assessment would likely show red snapper populations are doing better than previously thought and reports from anglers that the fishery is improving.

For more on the proposal that was given to the Commission, visit MyFWC.com/Commission.